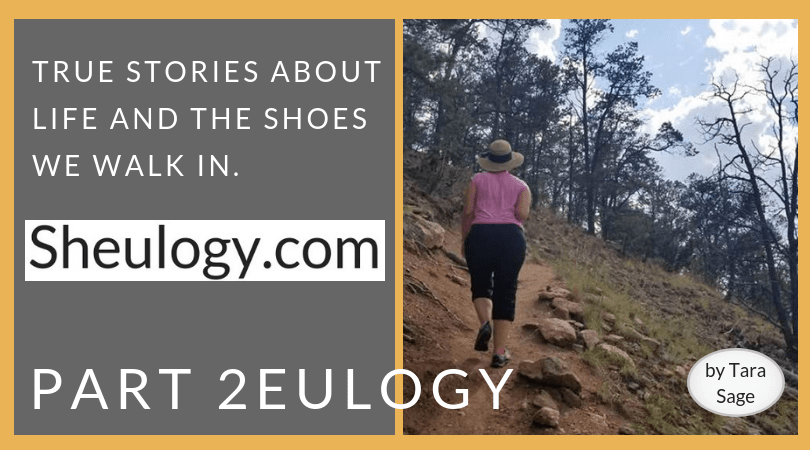 “I have issued you a return authorization number. The next step is to ship them to our office for evaluation.”

This was in the email I received after submitting a warranty claim for my Oboz hiking shoes. See the hole in the top of each shoe? 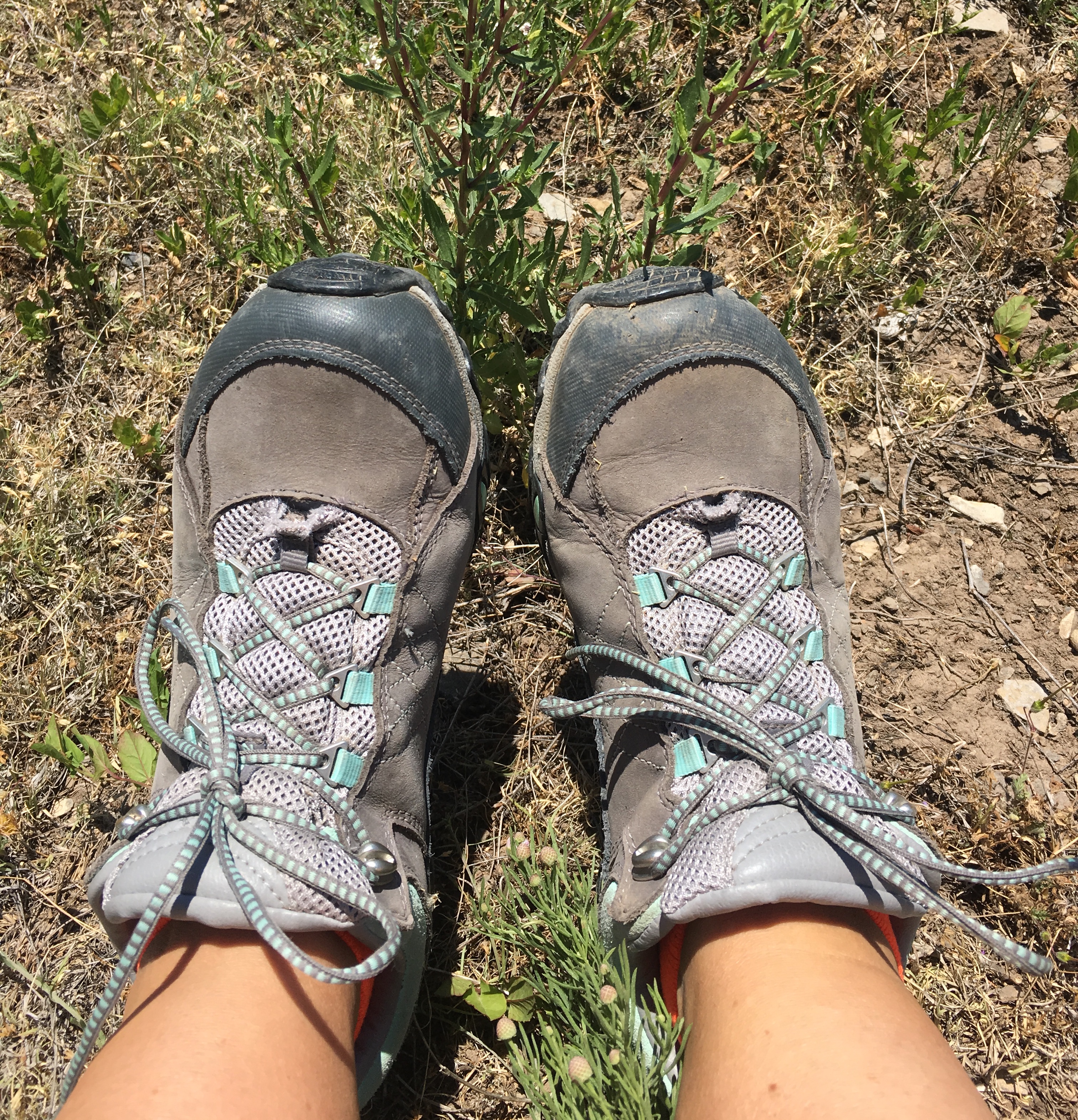 Before sending them back*, these shoes had one last hike to make: a strenuous trek to 8,000 feet above sea level, in the mountains just outside Santa Fe, New Mexico. This is where, on the anniversary of my father’s death, I hiked to the peak and scattered his ashes.

He died on June 18, 2018, a few days after Father’s Day, leaving no wishes about his burial. Estranged from him for much of our adult life, my sister and I ultimately made the decision to donate his body “to science”, after which the Maryland State Anatomy Board would cremate the remains.

In the weeks that followed, I became determined to claim some of those ashes despite the fact that I didn’t know what I would do with them. Mourning the loss of this deeply complex relationship, I felt torn by a sense of having disrespected his memory. If his spirit could “hear” me, I wanted him to know that he was worth claiming.

After multiple phone calls to the head of the Maryland Anatomy Board, it was agreed that “a small amount” of his ashes were to be set aside for me to come pick up. And I did; an utterly surreal experience. A man in a lab coat met me in the Medical Board lobby and handed me an open, white, business-sized envelope containing a vial of ashes with my father’s name, d.o.b, and d.o.d. taped to them.

I barely remember signing the release form he put in front of me while he explained something about an annual mass burial that all family members are invited to attend. With Carl by my side, I walked out of the lobby and down the busy Baltimore street to the car while clenching the envelope to my chest.

Later that day, I transferred the ashes from the envelope to a sapphire blue fabric gift bag I happened to have. I added a clear quartz crystal and a smooth spotted black stone, and pulled the drawstring shut.

There it stayed, until the one year anniversary of his death.

Father’s Day came. I was in Santa Fe at the time. I knew the one-year anniversary was looming though I had no plans or interest in June 18, 2019 being anything more than another day. 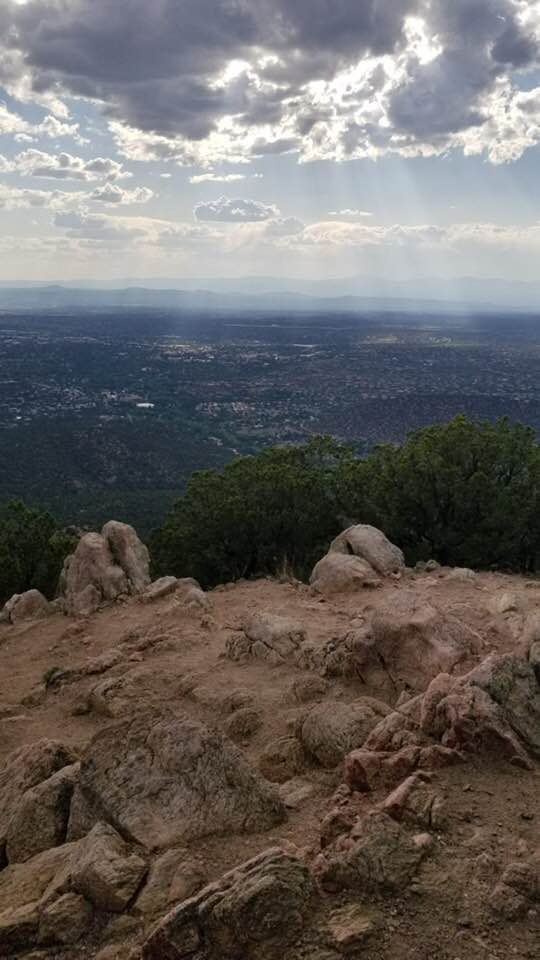 On Father’s Day, Carl and I toured the Georgia O’Keefe Museum, a Santa Fe landmark. I’m really not sure how to explain what I experienced there. All I can really say about it is that I left feeling like I knew her, like I understood her, and oddly – like she understood me. While there, I had a momentary epiphany that I would hike a nearby trail and release my father’s ashes to commemorate his death. I suddenly knew that’s what I would do. It felt clear and right.

And that’s exactly what I did.

My father and I both share(d) a love of the woods. And while as far as I know, he’d never been to New Mexico, I am convinced he would have loved the trail I chose. It was strenuous, beautiful, gratifying – with a view well worth the effort.

At the peak, I untied the sapphire blue fabric bag, opened the vial, and through a mix of tears and laughter, set his ashes free – wishing him lightness, big sky, and freedom on the wind. I hope and pray that he feels free.

Before leaving, I buried the quartz crystal at the root of a nearby tree, and put the smooth spotted black stone in my pocket.

As those shoes and I made the trek down the mountain – holes and all – I felt peaceful, supported and grateful for the journey. Freedom and lightness filled my heart.