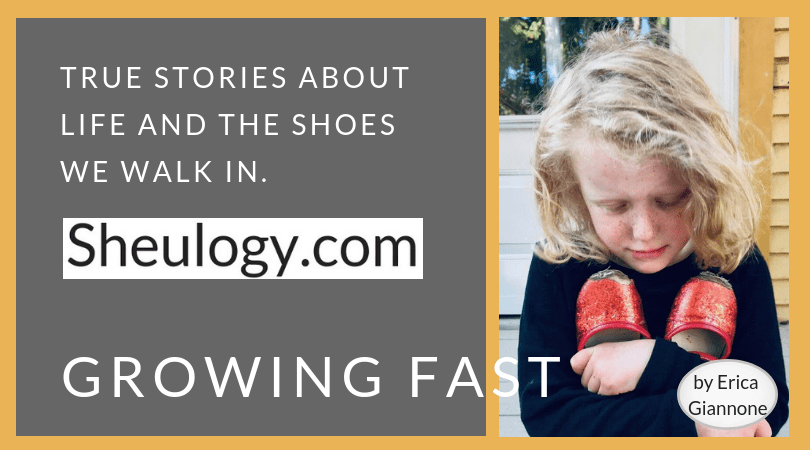 As told by her mom:

These shoes were destined to be hers.

I love a bargain and, headed to a yard sale, I asked Mira – my then 4 year old – if there was anything she wanted me to be on the lookout for, for her.

Mira had recently been introduced to the story of Dorothy through a book about The Wizard of Oz. I thought to myself, “unlikely, but I’ll be on the lookout.”

Well, not only were sparkly red Dorothy shoes at the yard sale, they were exactly Mira’s size. She was thrilled, and so was I. 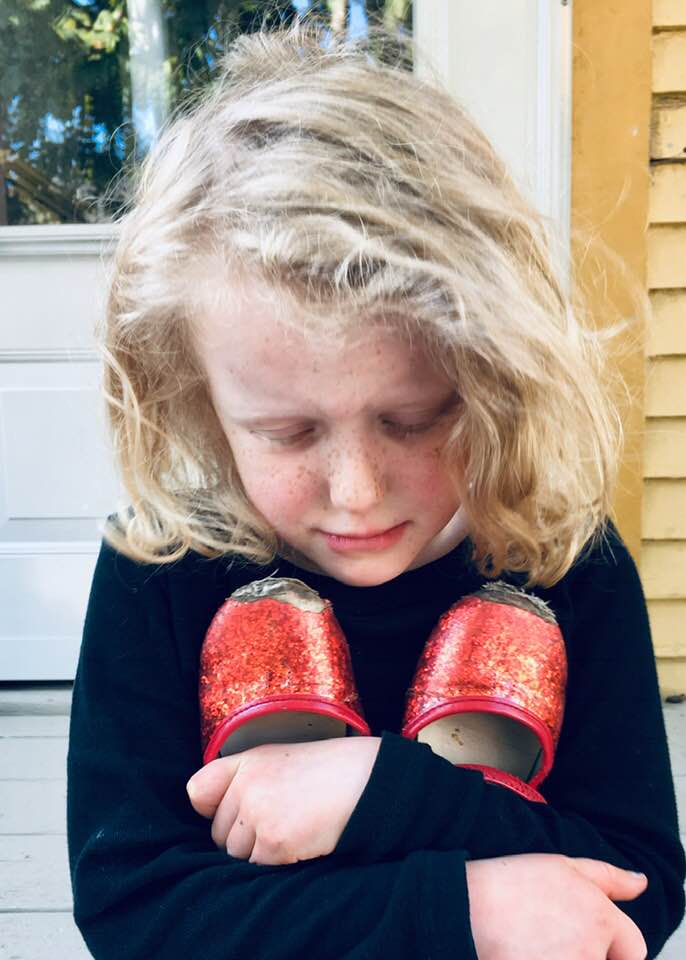 After arriving home one afternoon, Mira took off her beloved “sparkly shoes” and said it was time to throw them away. This was a surprise because, despite their condition and much-too-small size, she’d worn them at least 5 days a week for the last 13 months. While we’ve occasionally inquired as to whether they are still comfortable, we never suggested that she throw them away.

Fighting my sentimental inclination to save them forever, I offered to take a picture of her with them. She agreed and then asked me to print one for her and to share the photo with all the people who’ve seen her wear them. She requested that I write the following caption:

“I needed to throw my sparkly shoes in the trash ’cause they were worn out. I loved them and I was sad for a long time.” ~ Mira Angelina, age 5

I followed her lead into the house where she put them in the trash, and held her as she cried hard for their loss.